Professor Redford is a historian and philologist of north-east Africa and the Near East. He was trained in Semitics and Akkadian under W. Lambert, J.V. Kinnier-Wilson, and A. Sachs; and in Egyptian language under R.A. Parker, H.J. Polotsky and R. Caminos. From 1964-1967 he served under Dame Kathleen Kenyon in the excavations of the old city of Jerusalem. In 1976 he discovered the oldest temple of the heretic Pharaoh Akhenaten, and in subsequent years revealed a major domestic area of the capital city of Thebes. From 1991 his annual expeditions to Mendes in the Nile Delta  have contributed to our knowledge of the advent of complex society and state formation in Egypt c. 3100 BCE; and have refined and added to our knowledge of Egypt in the Late and Hellenistic Periods (c. 700 – 200 BCE). Professor Redford has produced and advised over 30 successful PhD candidates, all of them having achieved “placement.”

“Some Observations on the Traditions surrounding ‘Israel in Egypt,’” in O. Lipschits, G.N. Knoppers, M. Oeming (eds), Judah and the Judaeans in the Achaemenid Period, (Winona Lake [Eisebraun’s], 2011), 279-364.

City of the Ram-Man: the Story of Ancient Mendes, Princeton (Princeton University Press), 2010. 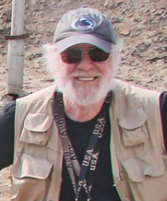