I have been teaching at Penn State since 2014. Before coming to Penn State, I taught in departments at Loyola University Chicago, Hope College, and the University of Maryland Baltimore County. I regularly teach Greek language courses at all levels, as well as courses on Greek Civilization, Classical Mythology, Greek and Roman Literature, and Gender and Sexuality in Ancient Greece and Rome.

My research explores the so-called “Second Sophistic,” or the Greek literature and culture that was produced under the High Roman Empire (~50-250 CE), but I am also interested more broadly in the reception of ancient literature. My book, Laughter on the Fringes: The Reception of Old Comedy in the Imperial Greek World (Oxford 2019) examines how Aristophanes and the genre of Old Comedy was criticized, debated, and utilized by later Greek writers.

My recent publications (listed below) reflect my ongoing research on various aspects of later Greek literature and its reception, including ancient biography, literary letters, and translation. Current projects include articles on the reception of Sappho in Lucian’s Dialogues of the Courtesans, the construction of Attica in Alciphron’s Letters, and the role that references to place assume in Philostratus’ Lives of the Sophists. On a larger scale, I am working on a book about the production of space in Imperial Greek literature, which will examine the nuanced ways in which space and place, geography and topography, are construed in the rhetorical, satiric, and epistolary literature of the period. An additional long-term joint project with Dr. Marshall is the creation of a digital archive of the Christopher Logue papers housed here at Penn State, especially those surrounding his “translations” of Homer.

Laughter on the Fringes: The Reception of Old Comedy in the Imperial Greek World (Oxford University Press, 2019).

“Dialoguing with a Satirist: The Translations of Lucian by Desiderius Erasmus and Thomas More,” International Journal of the Classical Tradition 27 (2020): 171-192.

“Lucian in Byzantium: The Intersection of the Comic Tradition and Christian Orthodoxy in the Anonymous Patriot,” Journal of Late Antiquity 10.1 (2017): 250-269. 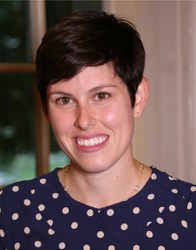