My interests lie in the archaeology and cultural history of Greece, the Aegean, and the Central and Eastern Mediterranean from the Bronze Age through the early Hellenistic period. I am particularly fascinated with the economic, diplomatic, and religious interconnections between these regions.  My doctoral dissertation investigated Corinthian Trade with the West in the Classical and Early Hellenistic Periods. I have excavated at Carthage in Tunisia, Poggio Civitate (Murlo) in Tuscany, Italy, and in Ancient Corinth in Greece, and participated in the Argolid Exploration Project in Greece.  I have served as Assistant Director of the Skourta Plain Survey Project and Excavations at Panakton.  I have a long association with the American School of Classical Studies in Athens, and served as Gertrude Smith Professor and co-director of the ASCSA Summer Session in 2005 and 2011.  My commitment to teaching extends to Study Abroad programs, and I have co-directed the Penn State Spring Semester in Athens in 1999, 2005, and 2011, and the Study Tour of Roman History and Archaeology in 2012.  I am currently researching the pottery and minor finds from the Argolid Exploration Project.

"From Beyond the Pillars of Herakles: Corinthian Trade with the Punic West in the Classical Period," in Corinth, volume XX, Corinth: The Centenary, 1896-1996, Charles K. Williams II and Nancy Bookidis, Editors, Princeton (June 2003), pp. 195-217. 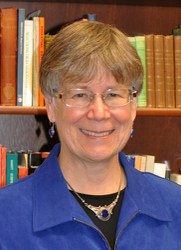