Since August 2013, Charles E. Jones has been the Tombros Librarian for Classics and Humanities in the George and Sherry Middlemas Arts and Humanities Library at The Pennsylvania State University. He was the founding Head of the Library at the Institute for the Study of the Ancient World and a member of the Faculty of the Libraries of New York University from 2008-2013.  Before ISAW, Jones spent three years in Greece as the Head of the Blegen Library, The American School of Classical Studies at Athens, preceded by twenty-two years as the Librarian of the Research Archives, Oriental Institute, The University of Chicago.  Trained in the University of Chicago's Department of Near Eastern Languages and Civilizations in Ancient Near Eastern History and Assyriology, he is a member of the Editorial Board of the Persepolis Fortification Archive Publication Project.  In addition to building and running focused academic libraries, Jones works on a broad range of issues related to scholarly communication in digital environments. Recent work focuses on the history of the study of the Near Eastern and Mediterranean Antiquity. 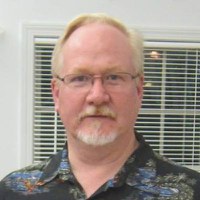