W. E. B. Du Bois and the Ancient Mediterranean

Penn State’s Department of Classics and Ancient Mediterranean Studies (CAMS) is excited to invite you to a conference titled “W. E. B. Du Bois and the Ancient Mediterranean” to be held on Zoom on March 19-21, 2021. The event is co-organized by Dr. Mathias Hanses (Penn State) and Dr. Jackie Murray (University of Kentucky) and co-sponsored by PSU’s Humanities Institute, the College of the Liberal Arts, the Department of Classics and Ancient Mediterranean Studies, the Department of Philosophy, the Jewish Studies Program, and the Chaiken Family Chair. The workshop reflects an on-going shift in the discipline of Classics, which has been focusing increasingly on the reception of ancient materials among Black, Indigenous, or Other People of Color. We are hoping to bring some of the new energies invested in the topic to Penn State, doing justice at the same time to the CAMS Department’s already interdisciplinary focus, uniting as it does Hellenists, Latinists, archaeologists, and ancient historians under the same roof with scholars of the Ancient Near East, Egypt, Jewish and Biblical Studies.

The goal, then, is to bring together a group of classicists and scholars of other Mediterranean cultures with researchers specializing in Du Bois’s other areas of expertise (including sociology, African American literature, philosophy, rhetoric, and others) for approximately three-days’ worth of discussions of Du Bois’s engagement with the ancient Mediterranean. Papers will be pre-circulated in early March to facilitate discussions among the participants, ranging from full professors to graduate students, as well as anybody who would like to attend. For more information, please feel free to reach out to Mathias Hanses at mhanses@psu.edu.

Please make sure to register here: Zoom registration. You will then receive a link that will allow you to join any of the conference’s activities. You will also be emailed a more detailed schedule once it becomes available.

All times are ET

12:00: Opening remarks from representative of University of Kentucky 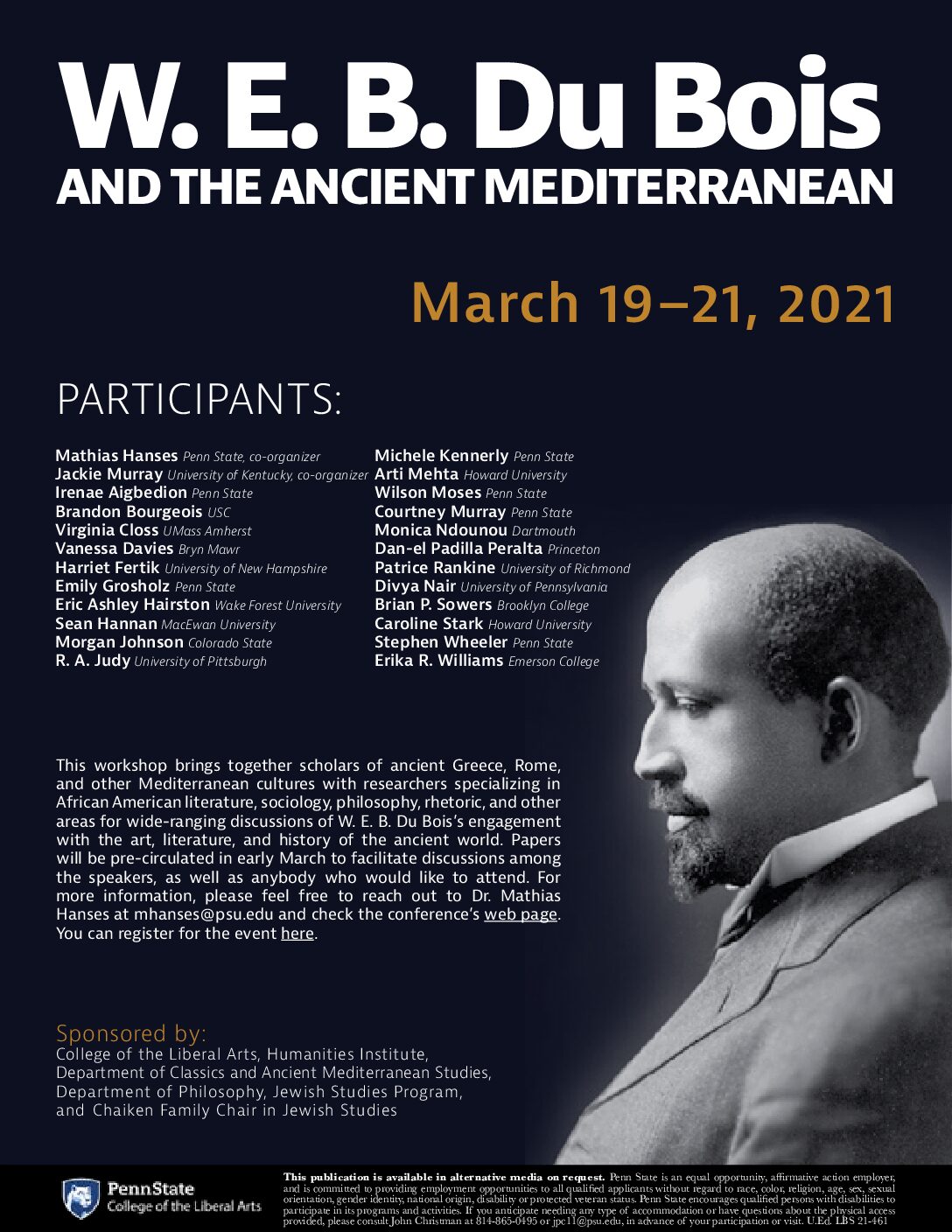